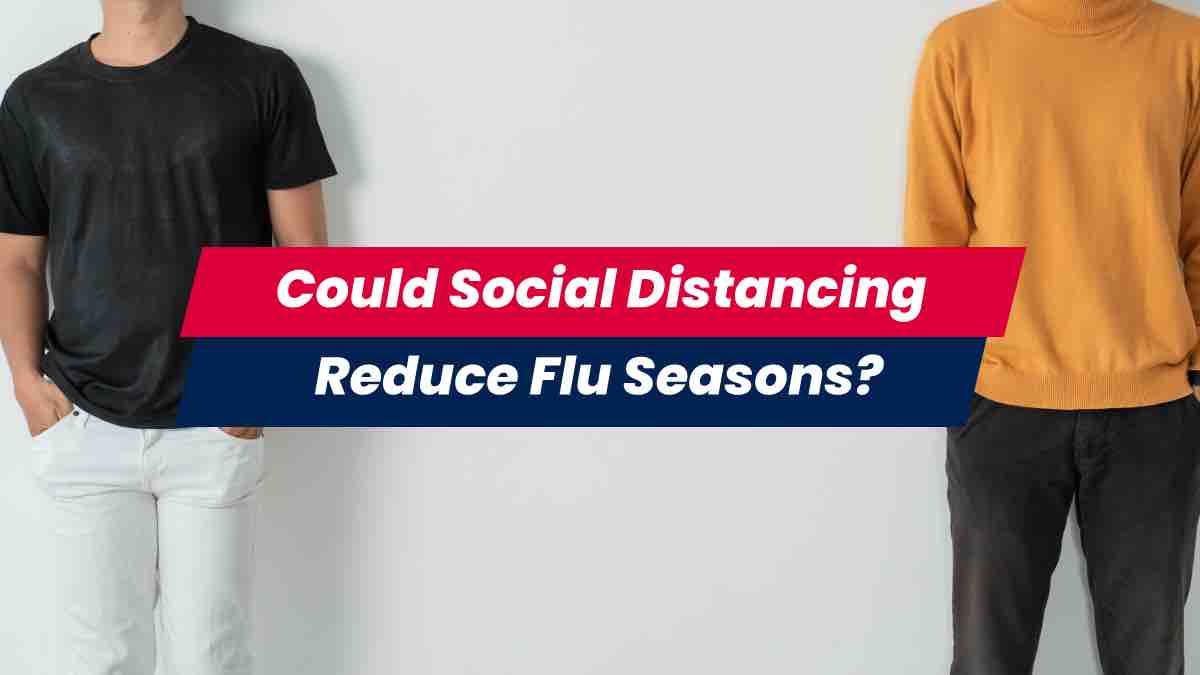 Influenza, better known as the flu, is a seasonal virus prevalent during the fall and winter seasons. While the exact timing of flu season varies each year, the highest amount of cases are typically reported between December and February. Infants, young children, and senior citizens are most likely to develop the flu and suffer more severe symptoms and complications.

In the United States, between nine and 45 million illnesses and between 12,000 and 61,000 deaths are attributed to the flu each year. Many of these cases can be prevented with proper measures, including social distancing, vaccinations, proper hand-washing, and staying home when you’re sick.

What is influenza, and How Does it Spread?

The flu is a highly contagious, seasonal respiratory illness. This illness is caused by the influenza virus, a virus that is different each year. While influenza cases are highest during flu season, a person can become ill with the influenza virus at any point of the year. The flu may be mild to severe and can affect the nose, throat, and lungs. The most common symptoms include:

Anyone who experiences severe flu symptoms should seek medical attention. Flu symptoms that signify a severe or life-threatening infection include:

The flu is highly contagious and can spread to others who are up to or around six feet apart. It is believed that the influenza virus is primarily spread through droplets made when speaking, sneezing, or coughing. These droplets can be inhaled by others, land on others, or land on surface areas touched by others.

Flu symptoms generally begin two days after the virus enters the body. However, most infected individuals can spread the virus one day before symptoms develop and up to seven days after becoming ill.

Americans have started  asking, “Could social distancing help with flue seasons?” and the answer is yes. Social distancing can not only reduce the number of flu cases but save lives.

Because of how the influenza virus is transmitted between people, proper social distancing can lead to a decline in flu cases. When people remain at least six feet apart, influenza is less likely to be contacted by another person. It is imperative to stay indoors and away from others when experiencing flu symptoms and to avoid others that are ill.

A Look at History: Social Distancing During the Spanish Flu’s Second Wave

In 1918, a fast-spreading, deadly strain of influenza known as the Spanish flu ravaged the world. Today, it is considered one of the deadliest pandemics of modern history, with deaths in densely populated American cities reaching as high as 807 per 100,000 people weekly.

Many states began to implement Spanish flu social distancing measures to help flatten the curve and reduce the number of illnesses and deaths related to the deadly virus. Public gathering spaces, including churches and theaters, were closed down to help reduce the spread. These measures dramatically decreased the number of cases reported in America. However, some densely populated cities relaxed these measures too early and quickly faced a second wave of the virus. These lifted restrictions caused stabilized cities to relapse, significantly increasing the infection and fatality tolls in those cities.

Why Is There No Social Distancing with the Flu?

A question that many Americans have begun to ask is, “Why is there no social distancing with the flu?”

However, social distancing is not the primary recommended prevention measure for the flu. While vaccinations are not 100 percent effective, they can significantly reduce the likelihood that a person will contract the flu, thus reducing the spread. However, the CDC estimates that less than half of Americans receive the flu vaccination each year. The CDC recommends that everyone at least six months of age protect themselves against influenza by receiving an annual vaccine, especially those at higher risk for suffering severe, life-threatening complications with the flu.

In addition to vaccinations and social distancing, the CDC recommends these preventative measures to stop the spread of influenza and other viruses:

Americans should also follow any state, local, or public guidelines within their communities. Some communities, such as more densely populated areas, may have additional precautions for flu season to help slow and prevent the spread of influenza.

Social distancing helps with flu seasons, but it’s not the only measure that Americans can take to avoid getting sick and prevent the spread of the influenza virus. Americans who are sick should stay at home until at least 24 hours have passed since a fever, avoid contact with others who are sick, get the annual flu vaccine, and follow other federal, state, and local guidelines.

By preventing the spread of influenza, Americans can reduce the number of flu cases within the U.S. and save more lives, particularly groups of people who are most vulnerable to the virus.